Our Thinking
Have you ever seen a dragon? Part 1

I’ve seen three (No, not in Game of Thrones).

In fact, more than 100 people in Northern Ireland have.

There isn’t anything there.

But there is. Yet, you can’t witness these marvels with only your eyes. What you need is a magical helmet, which will allow you to venture through a mysterious fantasy world aligning with our own. A helmet that won’t power itself, but will need armour that is powerful enough to sustain it on your journey.

That is what we told those participating.

In reality, they had to don a Samsung Mixed Reality HMD and a backpack PC. This equipment allowed the kids, big (adults) and small (actual kids), to enter DragonSlumber. A fantasy world created by the Northern Irish comic book illustrator, PJ Holden, Kainos, Digital Catapult and SARC Queen’s.

After our initial meeting with PJ, he showed a lot of interest in experimenting with the potential of immersive technology, and the possibilities that these tools opened up to him and other creatives.

Kainos and Digital Catapult have access to the state of the art, which gave us the potential to deliver on the future. We wanted to push the accepted bounds of the current state of Virtual Reality. So, we created an experience that engulfed a large space which made the potential of immersive technology feel limitless. All the while, opening these technologies to the public in and around Belfast. Before, we have had small and narrow experiences available to us, but nothing on the scale of DragonSlumber.

An event like this, allowed us to appreciate what the word immersive will stand for in years to come. An experience that transported people to another world with fewer limits than the initial wave of Virtual Reality gave us.

In Kainos, we believe it is important to make the most of our opportunities to inspire those younger than us to get involved and find an interest within STEM. We thought this would be a great platform to do so, which supported our decision to target a younger audience.

PJ is a digital artist keen to experiment with virtual reality. He also has experience in the software industry, and someone who is the incarnate of enthusiasm. PJ was exactly the artist we were looking for.

We came together to build what we were calling a “VR Safari”. A larger world that goes beyond the accepted spaces we find ourselves in Virtual Reality. A space that would house many pieces created by various artists and would all fit together as one, to create a larger world.

With the addition of PJ, came the swift manoeuver to an experience which would be one whole piece. This made sense for many reasons; introducing more minds to the project created noise and there would be more risk to worry about.

PJ had many great ideas on how to fill the space before we told him the size of it. 15m x 12m was the measurement, to which he responded on a scale that we hadn’t been thinking of before. Dragons; in the space, PJ wanted to lay a sleeping dragon down for people to walk around. Something of that scale would have been very expensive to create without Virtual Reality.

It is hard to determine the size of the space from the photo at the top and the above concept drawing, but the space is almost equal to that of a tennis court. Compared to the average space available for most people – that’s big.

As soon as we got into the space, we had a plan for what we wanted to test. We have had previous experience with larger scale experiences, but not with inside-out tracking, so we had an idea of what to look out for.

We needed something that we could use that was pick up and play, allowing us to test quick. Looking into our options, applications such as Google Blocks, Tilt Brush, Oculus Quill, Medium, Microsoft Maquette and Gravity Sketch came up. After testing in the limited space of our office, we decided on Tilt Brush. It was the app that played the nicest with us walking beyond the bounds of our chaperone. What we didn’t think of at the time was how useful it would become for prototyping and recording the space the event would take place in.

Google Poly reduced any and all friction we had when discussing ideas and progress to almost nothing. The integration with Tilt Brush, allowed us to upload our sketch to the website. Anyone with the link could view it, providing us with the ability to share our progress and ideas, almost instantly.

“A time when the world is in constant change and we are churning through slight alterations because we end up preferring one idea or approach over another.” — Jake

“It’s just a useful period during development where we learn from our mistakes and build a better experience because of it.” — Jake

Either way (I prefer the first way, it’s more dramatic), we learned a lot. This was the most important phase of the project; Spectacle entered in one end and DragonSlumber came out the other side.

A time where this…

Through this process we adapted and added to the story. As PJ was producing the assets, we were piecing those assets together inside of Unity. While also tinkering with potential mechanics and optimisations to make the experience better.

The use of Tilt Brush didn’t stop in the prototyping phase, we had our own goal of using immersive tools as much as we could. PJ decided to continue with Tilt Brush as he saw the most potential in it for this project. In the end, the whole project was built from the ground up in VR for VR.

During our testing of the prototypes in the space and in Tilt Brush; we noticed people would be hesitant to move beyond the set bounds, for the fear of walking into something.

We came up with a simple solution. One that introduced a very interesting way of engaging with those inside of the headset; an idea to bring them out of there comfort zones.

The story behind the experience was that you’re a fairy who lives within the wizard’s tower, DragonSlumber. She needs to get home, but she’s scared of the dragons wrapped around the tower and one is asleep right beside the exit.

Lottie, puppeted by a guide who trained and prepared to act in the role, lead the participants through the virtual and physical. Concerned that adventurers could injure themselves, we wanted to get them around safe. While also allowing them to get immersed in the world and lost in the fantasy surrounding them.

We tested this feature of the experience many times; it was evident from the beginning that people’s confidence rose knowing they had a companion they could trust.

This was our first time, none of us had organised an event like this before. As we got closer to the deadline we thought it was important to bring in more minds to help orchestrate it. In particular, we brought in Damian Gribben, a design consultant and Rachel McGrath, a senior marketing exec, both of whom we work with in Kainos.

We wanted both worlds to meld into one another as seamless as possible. Damian brought a lot of valuable UX experience to the table. He worked with PJ to help design an immersive experience outside of the headset.
Rachel did a fantastic job at marketing DragonSlumber to as many people in Northern Ireland as possible.

On our side we were finalising the content of DragonSlumber; tightening the relationship between the visuals and the audio. If there is one thing we learned, it is how valuable a great soundscape is to an immersive experience. After working with professional sound designers at the Sonic Arts Research Centre (SARC) at Queens’ Belfast we immediately noticed the effectiveness of the experience increase substantially.

Finally, without the help of Chloe Thompson, Marc Nevin and Eoin McCoy, the smooth running on the day wouldn’t have been possible, it was a big team effort.

Here’s where we arrived!

A place where all children and adults alike could equip their armour and venture into the vibrant fantasy world of DragonSlumber.

A place where dragons are no longer a myth but are virtually all around us.

The Day of the Event.

Walking into W5 that morning we had most things set up. The hardware was ready to go, the material to entertain the kids and parents was set out, and the banners, bunting, and dragon feet were placed around the space.

Below is what the actual space looked like in the morning. The reason for this organised chaos was to improve the quality of the HMD’s tracking capability (Eoin’s blog), which relies on unique three dimensional world anchors to keep track of it current position.

The tape on the ground was our guide for those acting as fairies; they needed to know where the virtual path was to guide the adventurers on their quest.

We were as ready as we could have been!

As our first guests walked through the door, everyone engaged with their roles, from the greeters making them feel welcome to the fairy guides.
Our armorers then walked them into the armoury so they could equip them with their magical gear, before setting off on their adventure.

They walked away with a smile on their faces; having carefully guided Lottie around DragonSlumber tower and past Gus the large sleeping dragon to the exit. Where Lottie rewarded them will a small gold chocolate coin from a nearby chest.

We did make the effort to decorate it more, but this image is too good to not include… we didn’t look at the dimensions before we ordered it!

The day continued to that theme, everyone walking in with a smile, walked out with a bigger one. Parents were able to be with their children throughout the experience and watch via a screen on the backpack.

We attempted to recreate the dragon’s breath with blow guns. It worked for the most part and we discovered how much kids loved to shoot blow guns at their siblings and parents!

We organised an accessibility hour for the end of the day.

Accessibility is one thing in particular that we were thinking about early in the project. It was very important to us that we opened up this event to as many people as possible.

We thought it wise to not make assumptions, so we got talking with another member of Kainos, Jackie Pollock. We found Jackie’s input very insightful. With Jackie’s help we were able to put aside an hour dedicated to allowing all children access to the world of DragonSlumber. We made the plan of the event more clear, lowered the sound by half and introduced them at a slower pace to something they would never forget.

That was something that put a smile on all our faces.

I would encourage everyone in a position like ours to consider what you can do for accessibility, it was one of the most rewarding things we’ve done.

So there you have it – the experience in a nutshell. In part 2 of this post which we’ll share next week, I’ll wrap up with everything we learned and took away from this experience.

In the meantime, check out our video roundup for more! 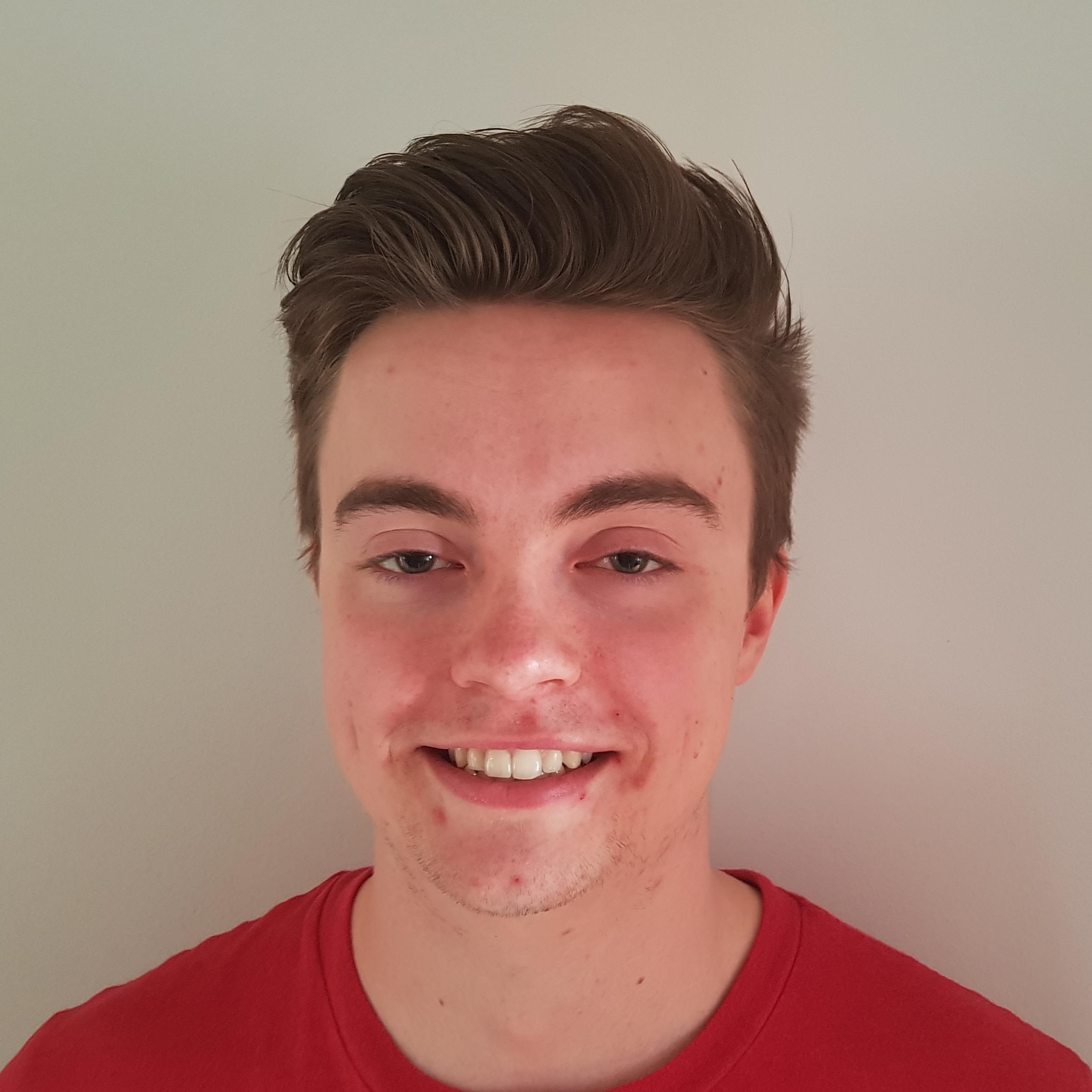 About Jake Young
Jake joined Kainos as a placement student in 2018. He was a participant in A.I.Camp in 2017 and was mentor in 2018.
View all posts by Jake Young